Being able to speak English helps, according to a new international survey.

It found 72 per cent of Australians think migrants who have become citizens and speak English are “real” Australians. 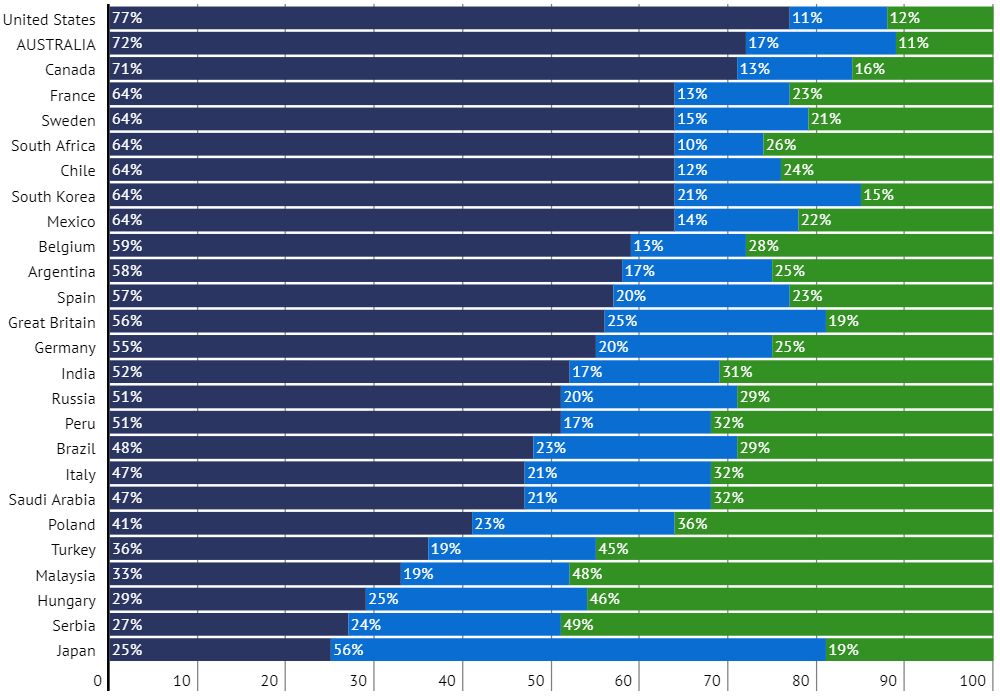 That was the second highest share among 27 countries surveyed to agree migrant citizens fluent in the local language are “real” nationals of their country.