A man calmly sets fire to a house, watched by a group of at least 12 men dressed in fatigues, helmets, and black webbing consistent with those worn by an elite army unit in Cameroon.

“I want to die,” a village chief tells his tormentors as they beat and threaten to kill him. They appear to be members of a separatist militia. 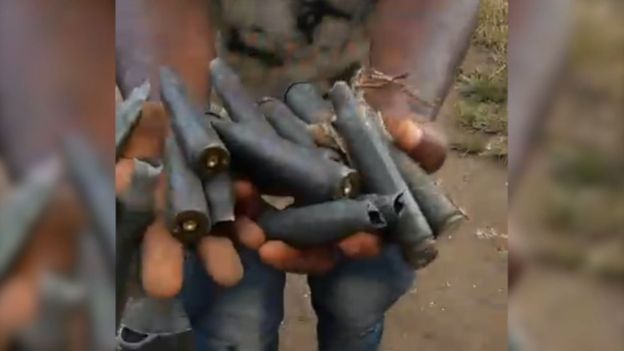 Captured on video and shared widely on social media, these are among dozens of clips that have been pouring out of Cameroon over the last six months, some of which have been analysed by BBC Africa Eye.