Turkey is leveraging tradition to expand its power in Europe — but the history cuts both ways.

SARAJEVO — Not every Turkish president can come to Sarajevo and get an endorsement from both heaven and earth, but Recep Tayyip Erdogan has managed to pull it off. 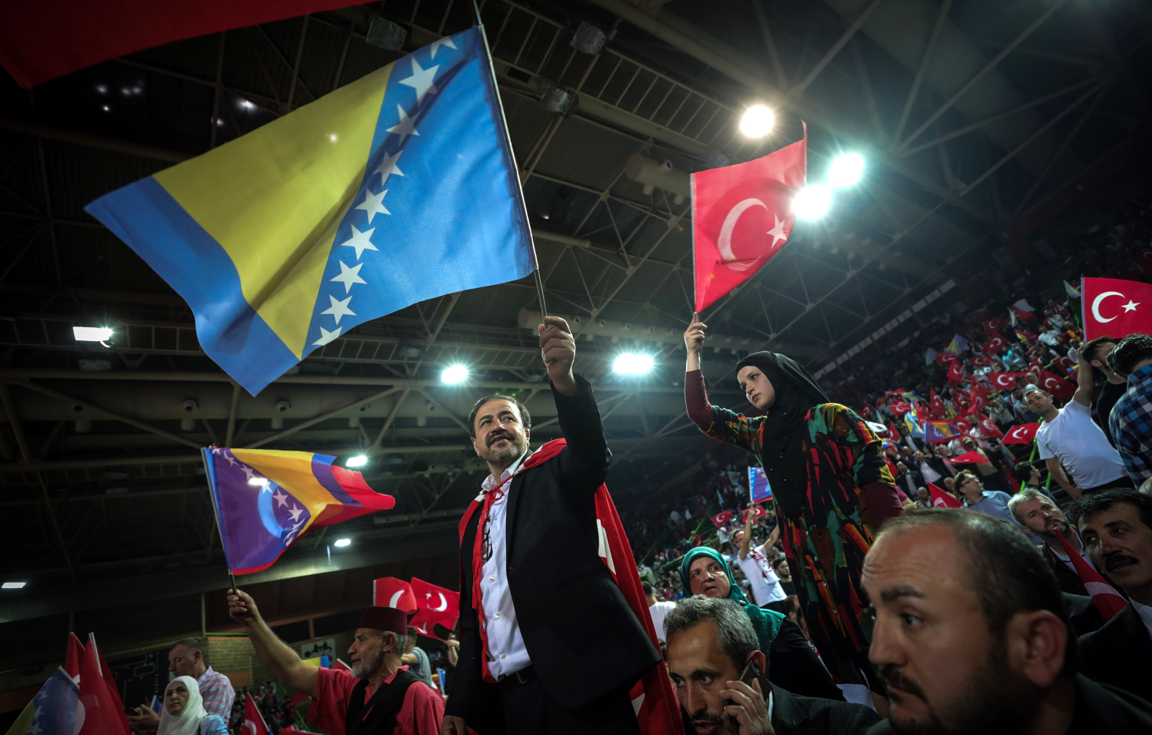 At a pre-election rally for Erdogan in the Bosnian capital last month, Bakir Izetbegovic, the Bosniak (Bosnian Muslim) chairman of Bosnia’s tripartite presidency and son of the country’s first president, called on Turks across Europe — and especially the…