The protests highlight the difficulties in embracing Chinese investment while defending Vietnamese independence.

The huge nationwide protests that rocked Vietnam last week have highlighted Hanoi’s headaches in dealing with China, both as a hostile power in the South China Sea and as a key trading partner and economic investor. 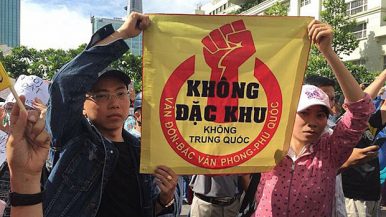 The history of Vietnam-China relations is steeped in a thousand years of Chinese colonization, conflict, and rebellion.

The last Chinese invasion was a two-month border war in 1979.

The recent protests centered on the Special Zone Act, a…