The military conflict now escalating in Yemen threatens the lives of more than 250,000 people in the port city Hodeidah while 8 million more people across Yemen already risk starvation.

The country is also facing the “worst cholera outbreak in modern history.” 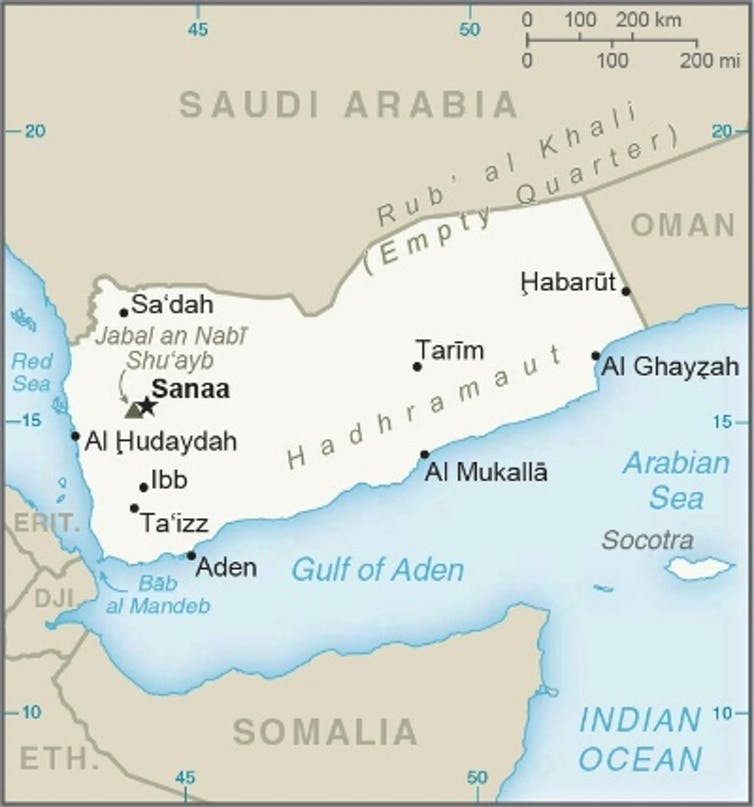 I am a scholar who has studied Yemen and worked as an Arabian Peninsula foreign affairs analyst for the State Department between 2011 and 2016.

Here is what is happening in Yemen, now in the fourth year of a civil war.

Yemen lies on the southeastern edge of the Arabian Peninsula, buffered by the…