The UK should start “constructive talks with the Greek government on the return of the sculptures”, Mr Corbyn says.

Jeremy Corbyn has said he would give the Elgin Marbles back to Greece if he became prime minister. 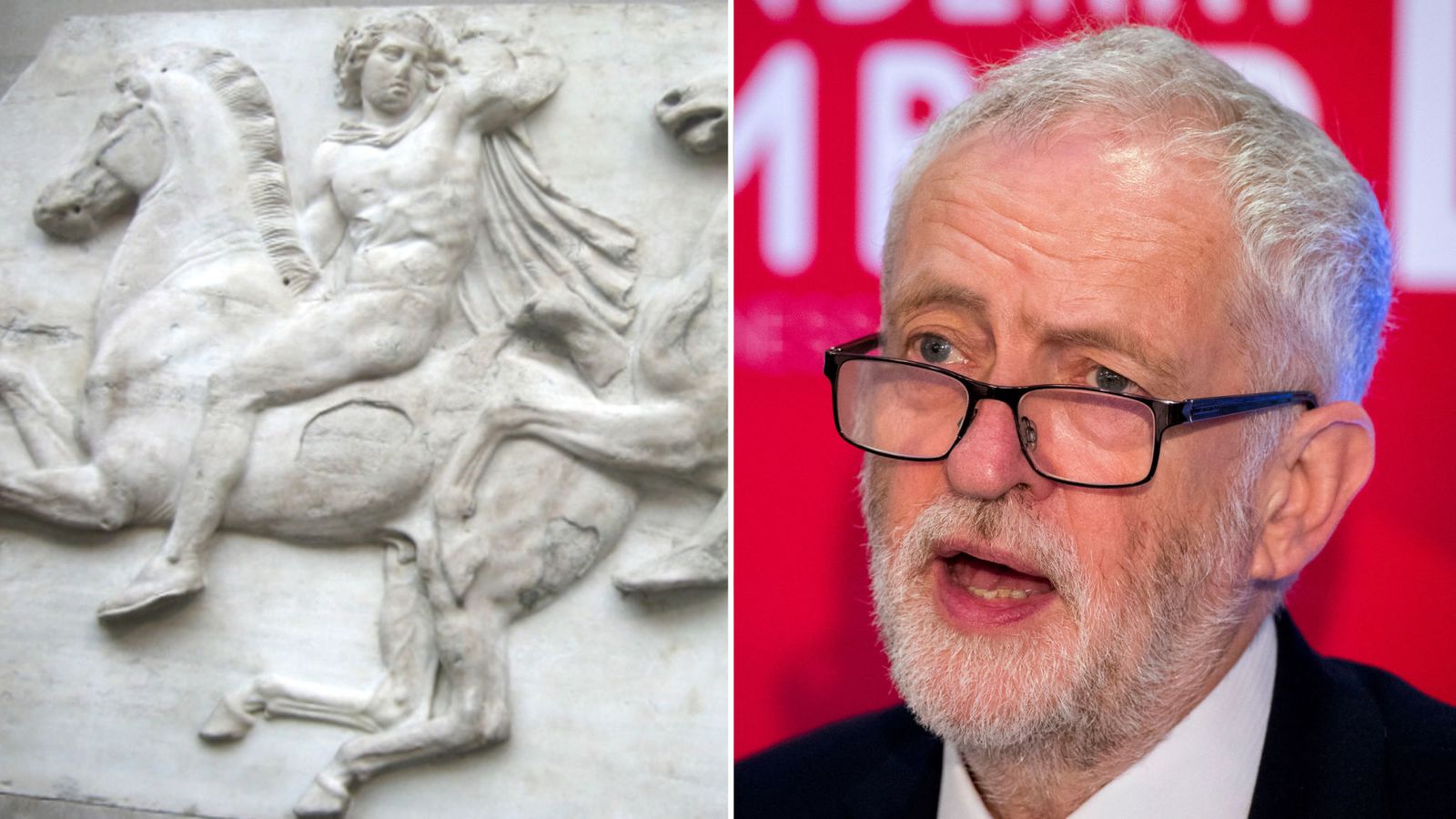 The Labour leader told Greek newspaper Ta Nea “the Parthenon sculptures belong to Greece” when asked whether he would consider returning the carved figures and stelae.

The Parthenon sculptures, as they are also called, have been housed in the British Museum since 1816 after they were bought by the…