The largest swordfish ever caught in Australia — and the second-largest in the world — may miss out on the official record because it did not meet strict rules in the way it was caught.

The monster fish was caught off Mallacoota near the NSW Victorian border on Sunday afternoon by a crew from the Ulladulla Game Fishing Club. 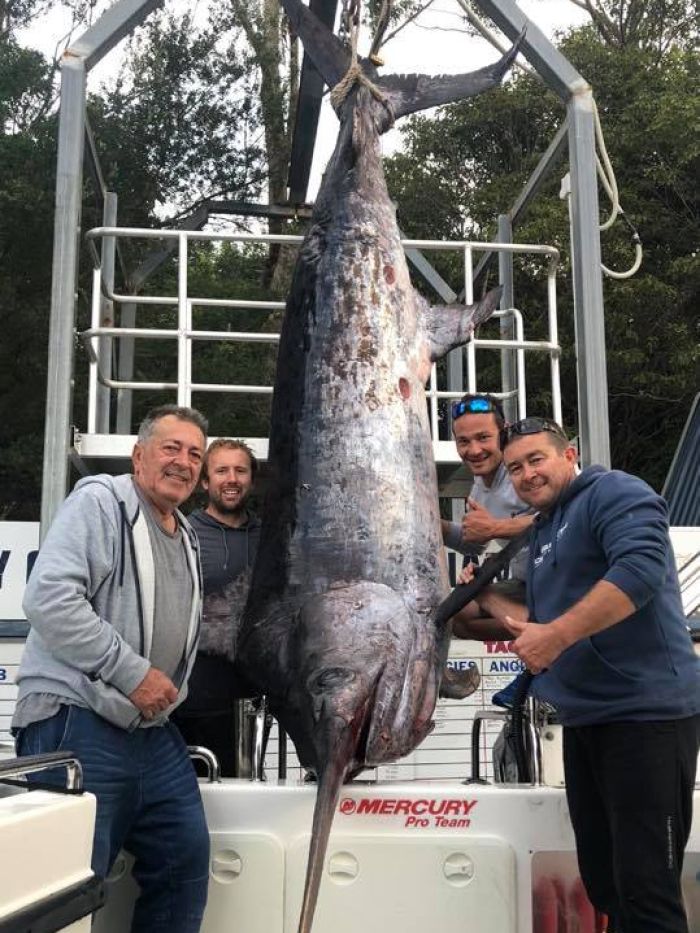 It weighed in at 436.2 kilograms, well above what is thought to be the current Australian record of 349kg for a swordfish, caught by a Melbourne man at the same location late last month.