Ever since diamonds were discovered in Sierra Leone in the 1930s, they have had a significant impact on the country – socially, politically and economically.

This is partly to do with how they are extracted from the ground. 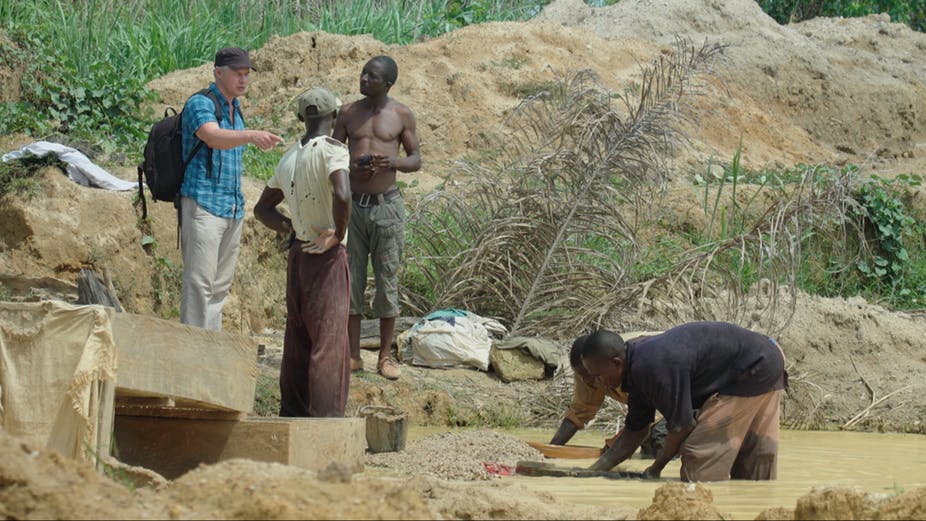 In countries in southern Africa, diamond mining is mostly undertaken by large-scale, mechanised companies, which monitor and control deep reserves.

But in Sierra Leone, diamonds are more commonly dispersed close to the surface of river beds.

They can be found by anyone with a shovel and a…