The National Gallery of Victoria has today indicated that Wilson Security will no longer provide security services at the state institution. 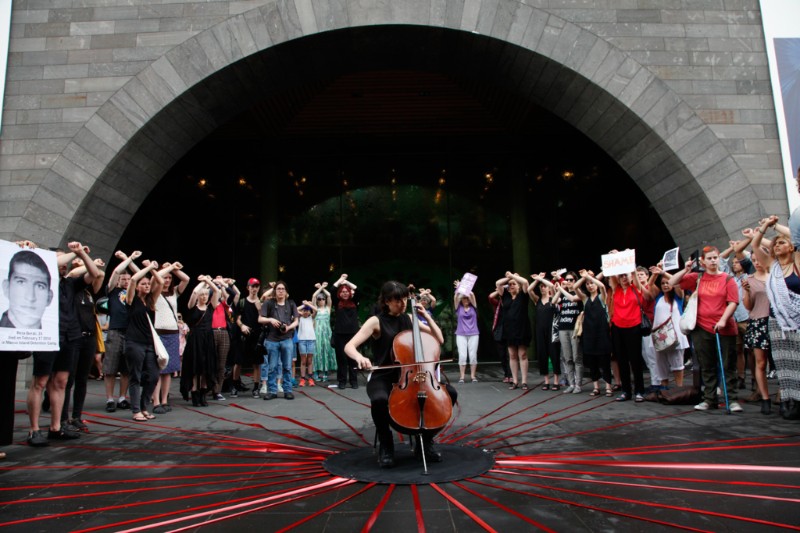 Wilson Security is well known for its serious and extensive record of human rights abuses against children, women and men held in offshore immigration detention centres on Manus Island and Nauru.

Because of this link with the detention industry, the NGV’s relationship with Wilson Security has been the subject of intense public scrutiny since its contract began on July 26 2017. In August 2017 over 1500 artists, arts industry professionals, NGV members and members of the public signed a letter urging the gallery to cancel the contract with Wilson Security. Shortly afterwards, one of the NGV’s most well-loved and valuable paintings, Picasso’s Weeping Woman, was shrouded in a veil emblazoned with Wilson’s insignia. Following, a cello performance of a song composed by journalist, filmmaker and Manus Island detainee, Behrouz Boochani, blocked the entrance to the NGV at peak period (pictured above). And in a further intervention, the gallery’s famous moat and waterwall turned blood red in reference to the ongoing violence perpetrated by Wilson Security.

Just before the opening of the NGV Triennial in December 2017, artists Candice Breitz and Rafael Lozano-Hemmer brought international attention to the issue by renaming their artworks in the exhibition Wilson Must Go.

The Artists’ Committee, an artist collective dedicated to ending the contract between the NGV and Wilson Security received a message at 12.20pm today from the National Gallery of Victoria’s Associate Director of Governance, Policy and Planning, stating that “SecureCorp has been appointed as the NGV’s long-term security services provider.”

Artist Committee member, Kylie Wilkinson, says “We are so pleased that the NGV has done the right thing. They have refused to allow Wilson Security to profit while abusing refugees and people seeking asylum. We thank the gallery for showing ethical leadership on this issue and for relaying the concerns of its communities to the state government.

“We hope that these discussions have resonated in the state offices and will have an impact on other contracts that the Victorian government is involved in.

“More and more, institutions are realising that there can be no business in abuse. Unethical companies, like Wilson Security, that abuse people and the environment, will face strong community opposition and will no longer be able to operate.”

The Artists’ Committee is yet to confirm the start date of the contract between SecureCorp and the NGV. 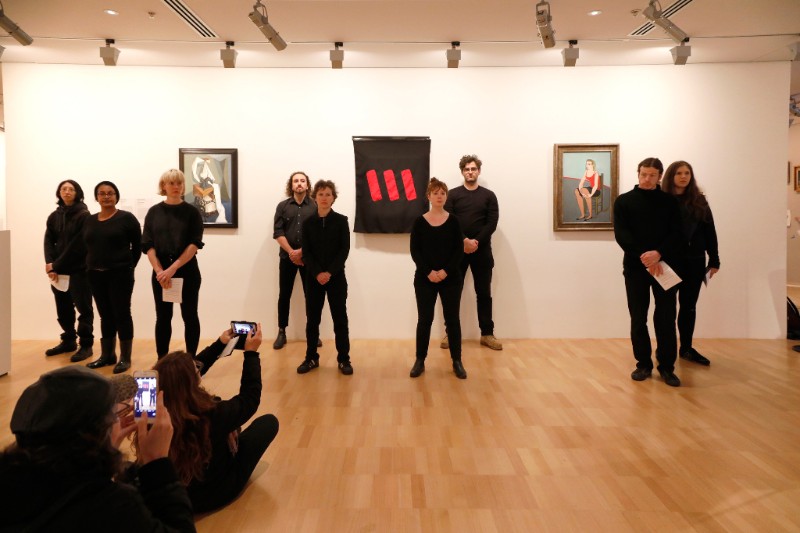 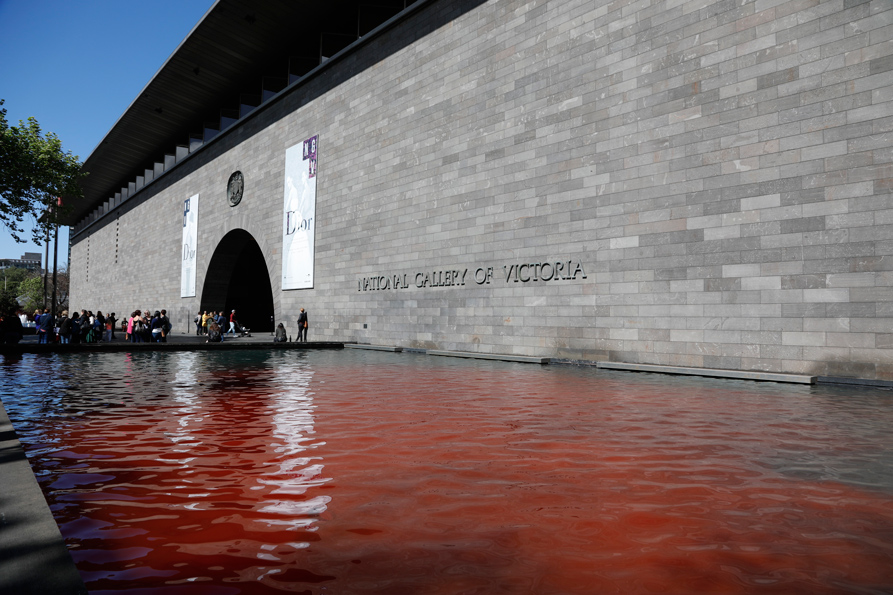 Wilson Security has been providing security services for the Australian Government on Nauru since 2012 and Manus Island from 2014-2017. In their treatment of refugees and asylum seekers, Wilson has committed (and attempted to cover up) extensive and serious breaches of human rights. Several inquiries and reports show Wilson Security’s systemic abuse against asylum seekers and refugees: the Moss Report, the UNHCR Submission to the Inquiry into the serious allegations of abuse, self-harm and neglect of asylum-seekers, the Australian Human Rights Commission National Inquiry into Children in Immigration Detention and the Nauru Files.

Despite announcing that they would withdraw from the offshore detention industry in 2017, Wilson Security are allegedly still providing security on Nauru under a new contract with Queensland company, Canstruct.