‘They came from the old world to the new, only to discover it was far more ancient than the old.’ 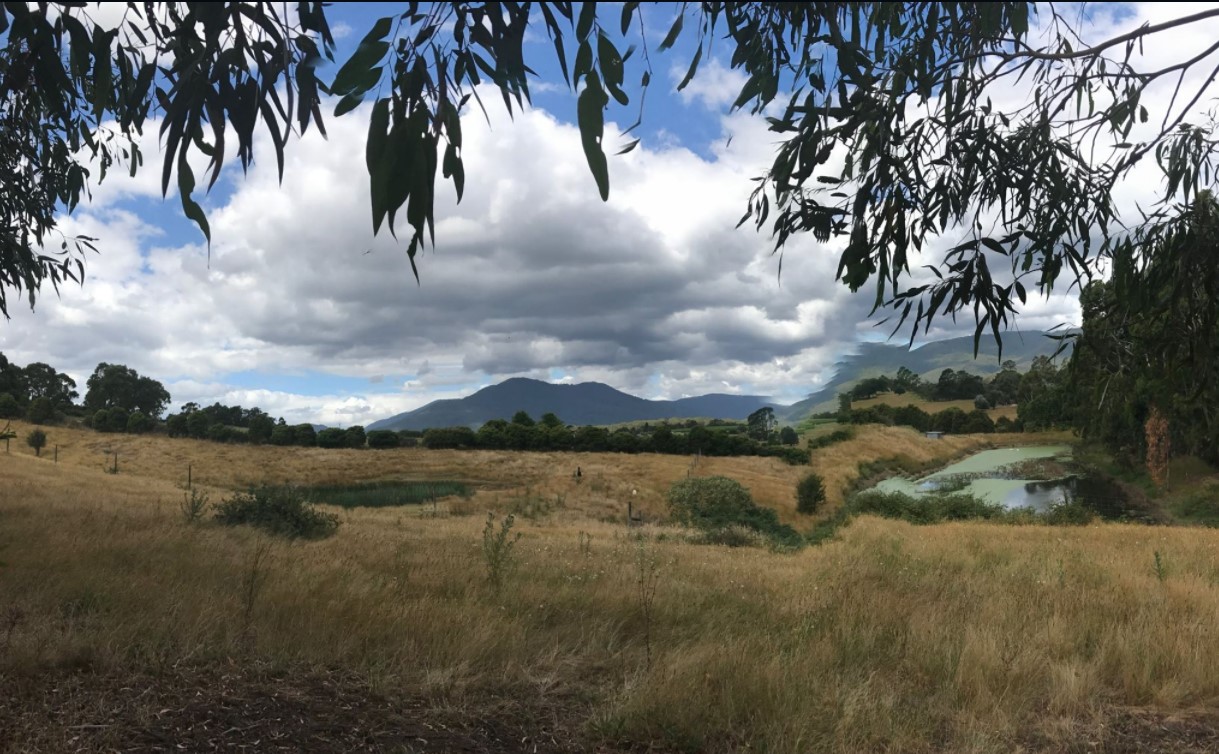 I am standing in front of a map of the State of Victoria as seen through Aboriginal eyes.

Dated 1836 till 1853, titled The Massacre Map, it marks over sixty sites of known killings of indigenous people.

A caption adds: ‘Many thousands more died beyond prying eyes’.

And I am contemplating a vast mystery: Why is it that after so many years living in the city my family migrated to soon after I was born, the city where I grew up, and where I received my schooling, why is it that in all that time, not once did I hear the words Wurundjeri?

I played on the banks of the Yarra River as a boy, launched myself on ropes into its muddy waters and propelled myself down into its depths? Why did I not know the ancient name: Birrarung, River of Mists?

Why did I not know of the people who fished it, swam it, and gathered on its banks for millennia?

Why did I have no knowledge of the Kulin moiety ancestors: Bunjil the eagle and Waa the crow?

Why was it that after so many journeys by tram, as a kid, from my inner-city neighbourhood to the beaches on the bay, had I not heard of the Boonwurrung, the coastal people?

Why did I have no idea of the ancient map?

So I asked Jim Berg, Gunditjmara man, founder of the Koorie Heritage Trust: ‘Where can I find out more?’

Weeks later I break free of the city, and drive 60 kilometres northeast, to Healesville.

I pull up in the drive of a weatherboard house.

There is a grandeur here at the feet of the ranges of the Great Divide.

Clouds drift from the upper slopes. Peaks disappear and reappear in the mists.

The greens of the valley are deep and lush.

Magpies and kookaburras hover by the veranda in anticipation of their daily feed.

Wurundjeri elder Joy Wandin-Murphy opens the door and ushers me into forty thousand years of history.

On that first day, we sat and talked.

On the wall: a black and white photo taken in the early years of the twentieth century.

There are nine people, grouped in two rows.

In the centre, back row, stands Joy’s grandfather, Robert Wandin.

Wandoon, as he was known.

White haired, wearing a jacket, waistcoat and suit, he stands beside his wife, Jemima.

She is dressed in a high-necked formal white blouse and long black skirt.

Robert and Jemima are surrounded by six of their ten children, and a family friend.

The youngest child, an infant, is Joy’s father, James Wandin.

The photo radiates dignity and pride.

Robert was the nephew of William Barak, says Joy, the traditional Ngurungaeta, leader of the Wurundjeri clan.

That is the term to use, she says.

It is a word unto itself.

No translation can do it justice.

Joy offers her knowledge as a gift.

In June 1835, as a young boy, Barak was said to be have been present when John Batman signed the so-called treaty with elders of the Kulin.

Treaty or no treaty, within decades, the lands were taken, the ancient map erased, and the Woiwurrung language driven underground.

The invasion was all but complete.

And so my journey, guided by original custodians of the land, began.

And it has never stopped. It has taken me to many special places.

Now when I drive around the city I know the ancient boundaries.

I have received this magnificent gift.

And I celebrate it every day.

Every day is invasion day.

And every day is a celebration of an ancient wisdom of this land.

I am constantly enriched by it.

Again that line comes to mind when I think of those of us who have come here from many lands over the years.

‘They came from the old world to the new, only to discover it was far more ancient than the old.’