India’s name is sadly missing from the list of countries — members of the European Union and 12 others — that have condemned Japan’s whaling expedition in the Antarctic waters launched recently.

The plan is to kill 333 Minke whales in four months. 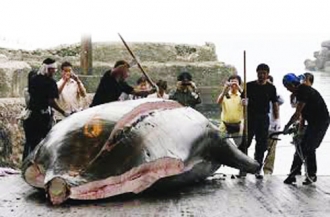 Ever since the International Whaling Commission’s (IWC) imposition of a moratorium on hunting in 1985, Japan has been exploiting a loophole that allows the killing of whales for scientific research.

Even the International Court of Justice’s…