Miguel Etchecolatz headed police investigations in Buenos Aires province from 1976 to late 1977, when Argentina was ruled by a military junta.

Etchecolatz confessed to killing political opponents under military rule although he never said how many. 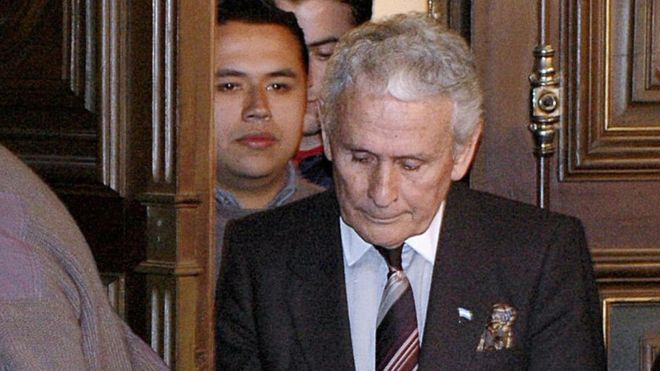 He was also found guilty of stealing the baby of two Uruguayan militants.

The court ruled that because of his “fragile health” Etchecolatz should be transferred from prison to house arrest, where his wife will be allowed to care for him.

He will be required to wear an…