The Arms Trade Treaty (ATT) is the first multilateral treaty to regulate the international trade in conventional arms.

In this respect, it is a landmark treaty for the international community, focusing on an issue that is of highest importance for many Asia-Pacific countries – trying to find and establish mechanisms to control unregulated flows of arms. 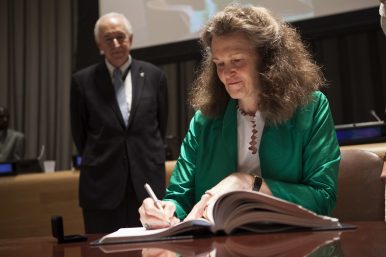 Since its entry into force on December 24, 2014, 130 states have signed the treaty and so far 92 became State Parties.

However, when looking at the regional divide of ratifications and…