An Adelaide couple has agreed to live on the same food rations as a Syrian refugee as part of a national fundraiser to highlight the plight of those in camps.

Willunga’s Nic and Jarrad Newbold said the gravity of the situation hit them when their rations arrived.

“When I opened the box and looked into it I thought, what on Earth have I got myself into?” Nic said. 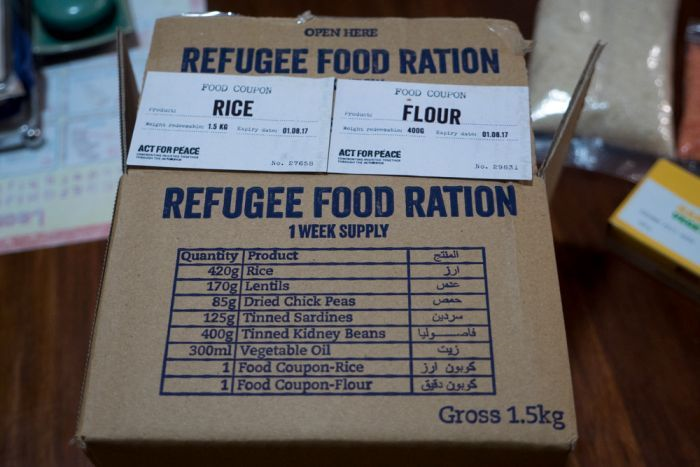 “I think we waste more food than that [in a week], that’s the scary part,” Jarrad…