As the latest neurotic and frenetic round of negotiations about illegally occupied Cyprus is planned to continue in March 2017, one can only see yet another fiasco coming.

Futile ‘negotiations’ have been going on for some forty years now, with the script and narrative never changing.

Nor do the actors seem to change: on the one side we have NATO-Turkey-Britain and on the other, tiny [semi-occupied by Turkey], Cyprus. 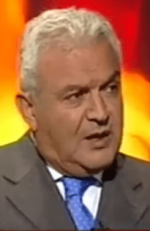 So, it’s Goliath (to the power thousand) vs a puny four-foot dwarf giving battle.  The objective of NATO-Turkey-Britain is to get agreement on Annan Plan version 2 for the ‘solution’ of the Cyprus problem, taking into account that Annan Plan version 1 was trounced by a 76% ‘no’ vote in the referendum of 2004.

This plan offered Cyprus lock stock and barrel to NATO-member Turkey. Though masquerading as a UN plan, this was in effect America’s brainchild.  Thankfully people saw through this con act and were not hoodwinked into surrendering Cyprus and committing suicide. Now, we are seeing more of the same, almost certainly with the same end-result.  It’s not that the actors are oblivious to Einstein’s dictum, ‘insanity is doing the same thing over and over again and expecting different results.’ Rather, it’s a case of the actors having method in their madness because all, except for the people of Cyprus, stand to gain something from this orchestrated fiasco.  Any observer with a modicum of judgement will be quick to observe that the March negotiations are using the same old, and failed, path to Cyprus’ surrender. Another Hobson’s choice for Cyprus: ‘surrender—take it or leave it.’ Just to remind the reader, Hobson (1544-1631) was owner of a livery stable who gave his clients the choice of either taking the horse nearest to the door of the stable or none at all. Over time, Hobson’s choice became synonymous with ‘one option. Take it or leave it.’

Much progress has been made in the last eight years in the direction of Cyprus’ surrender, seeing that in this period the two Cypriot administrations surrendered the democratic rights of the majority Greeks (82%) to the minority Turks (18%) just as the NATO-Turkey capitulation terms stipulate.  If and when this already agreed term is applied, one Turkish vote in Cyprus will be equal to 4 Greek votes through a system of minority vetoes and separate ethnic majorities. In the putative new constitution the word ‘citizen’ will disappear in favour of the semantically flexible global geopolitically correct  word ‘community’.

With the surrender of the political rights of the Greeks, the future zombie [non] state, that will replace the current Republic of Cyprus will put the country at the mercy of NATO-member Turkey, Britain and, to a lesser extent, the EU as the arbitrators of future never-ending deadlocks. There will be no room for Russia in the new state of affairs; Russia’s influence in Cyprus will terminate irrevocably. The two last Cypriot administrations agreed to the above awful NATO-Turkey surrender term. They also agreed to allow the colonists sent by Turkey to Cyprus to change the population balance  to stay, and in time to become citizens, spelling in this way the end of the majority Greeks on the island. For the surrender to be complete, though, Turkey needs to secure agreement on having guarantor power over Cyprus (i.e. intervention rights) or/and sovereign military bases to ensure both political as well as military control of the island. Cyprus has been reduced to the state of a demographic dustbin.

Britain replaced the Ottoman occupation of Cyprus in 1878 and then turned Cyprus into a Crown Colony in 1925. In exchange, she promised the Sultan protection against Russia (here again Russia features strongly in the history of Cyprus.)  Students of history are well aware that British/American policy on Cyprus was always predicated on the obsession of keeping Russia out of this strategically-placed Mediterranean island. The US will not countenance a genuinely independent democratic Cyprus, free of foreign (Turkish and British) troops, since this is what Russia would like. True self-determination would have meant the effective control of the island by the Russia-friendly Greek majority. This explains why in 1955, Colonial Britain decided to involve Turkey in Cyprus, illegally, since Article Sixteen of the Treaty of Lausanne forbade Turkey from involvement in former Ottoman possessions. Britain’s aim was to cause Greek-Turkish friction on the island, so as to maintain her sovereignty as colonial power against the Greeks who wanted Britain out of Cyprus. After that it would only be a question of time before Turkey invaded Cyprus.  Indeed, Turkey invaded the island in 1974, with a helping hand from Kissinger, the then American Secretary of State, and still maintains 40,000 occupation troops on Cyprus’ soil. The Turkish troops on the island are now there to force the Greeks to surrender through one-sided negotiations orchestrated by NATO, but under a UN smokescreen. Once the Greeks surrender totally (agreeing to Turkish guarantees or/and bases as well) the NATO-Turkey-Britain axis will take full control of the island politically (Cyprus has already succumbed to this) and militarily. The Greek majority will be blocked from ever taking a Russia-friendly decision. With effective political and military control of Cyprus by anti-Russian forces and with the presence of de facto NATO bases on the island, Russia will be relegated to the dustbin of history as far as Cyprus is concerned. Russia could lose, game, set and match.

So, why are: a) the Cypriot president and b) his allies, the NATO-plan-supporters and self-proclaimed Cypriot communists (sic), eager to participate in the next charade in March? Why are they eager to discuss surrender terms as set out forty years ago by US’s Kissinger in his ‘Five Point Plan?’  Will the above Cypriot allies take the fatal decision to surrender their country to NATO-Turkey? Well, the fact is that they did exactly that in 2004, when both supported Annan Plan version 1 that gave Turkey all it demands now. So, why not do it again thirteen years later, one might ask?  It is difficult for them to follow, at least in March 2017, their 2004 surrender path because: a) the black eye both got from the freedom-loving people of Cyprus in the 2004 referendum (76% ‘no’ vote to the plan) is still smarting, b) the pro-surrender support they got in 2004 from nearly all of the political elite of Greece in 2004 is not forthcoming this time, largely because the scene in Greece has changed and, critically, because the present Greek government is taking a no-surrender stance (one hopes that this will continue) and c) surrender will be trashed in a new referendum; the young and educated in particular are not willing to countenance surrender.

The main reason, perhaps, why the two Cypriot allies are diving into a new March fiasco with a smile is because it suits America and Britain to keep both of them relevant until the up-coming Cyprus presidential elections eleven months from now. NATO & Co are happy to lend a helping hand as they are keen to have both pro-NATO-plan faithfuls in Cyprus for another five years. The two are privy to American inside information and are the first to be consulted on new American initiatives. The Turkish Cypriot representative also wishes to stay relevant and enjoys being addressed by the UN as ‘Your Excellency.’ Turkey is rubbing its hands and enjoying every opportunity to humiliate the amateur Greek Cypriot duo. Equally, Turkey enjoys gnawing away at the international recognition of the legitimate government of Cyprus whilst simultaneously trying to elevate the status of the illegal Turkish Cypriot regime. Turkey also enjoys hoodwinking the world community with ‘peace drives’ while not budging an inch from its outrageous demands. The current Turkish government is now working closely with Turkish nationalists to get the April referendum through; a win will anoint the current Turkish President as Sultan, giving him super powers.  So, it’s laughable to think that Turkey will be conciliatory over Cyprus. Equally, Turkey has other important unfinished business to manage in the Aegean, trying to bring under its control tens of Greek islets. Forgetting that all Aegean issues were settled in the Treaty of Lausanne of 1923, the Turkish Prime Minister fired a salvo recently saying, ‘the Aegean has 133 uninhabited islets of different sizes with no one knowing who owns what.’ From laying claim to a couple of uninhabited Greek islets a few years back Turkey now upped its claims to 130 ‘disputed’ islands; as expected NATO remains silent. So does Britain, although its own diplomatic documents show that she supports the Greek position on the Continental Shelf, but only privately, of course.

Though the United Nations has done nothing to expel the Turkish military occupation forces from Cyprus (blatantly ignoring the UN Security Council Resolutions on the matter) it will try in March to smarten up the much tarnished reputation of its representative to the talks. Britain will appear conciliatory and polite, while asking everyone to keep their hands off British military bases in Cyprus.  The US will work overtime in support of the claims of its two close allies: Turkey and Britain. Using gobbledygook, America will reiterate its desire for ‘all sides to remain focused’, but saying nothing about the Turkish occupation of Cyprus. Greece will hopefully continue its current admirable policy against Turkish bullying, remaining steadfast on the rule of law and gaining internal political support in the process. Russia will do its utmost to ensure that the Greeks do not surrender Cyprus to NATO anti-Russian forces. This will certainly make Russia even more popular than she already is amongst the Greeks.

After the March fiasco comes to an end, the people of Cyprus may not be much the wiser, because their government will not tell them a word of truth. The UN will issue communiqués to the effect that ‘much progress has been made in the March negotiations.’  Turkey will reiterate ‘its desire for a fair settlement’ while dumping more colonists into Cyprus.  America will irk the Greeks with a repeat of its worn-out mantra, ‘we wish to praise both sides for their determination.’ Britain will employ its usual double-speak. The Cyprus impasse will continue unless one of two things happens: either the Greeks surrender and capitulate fully or Russia changes the dynamics of the game by gate-crashing  the plot, using its growing influence in the Eastern Mediterranean as a mighty and determined power. Outside Greece, Cyprus can only rely on Russia for an end to its long travails.