A group of Central European EU members known as the Visegrad Four is ready to veto any Brexit deal that would limit people’s right to work in the UK, Slovakian PM Robert Fico says. 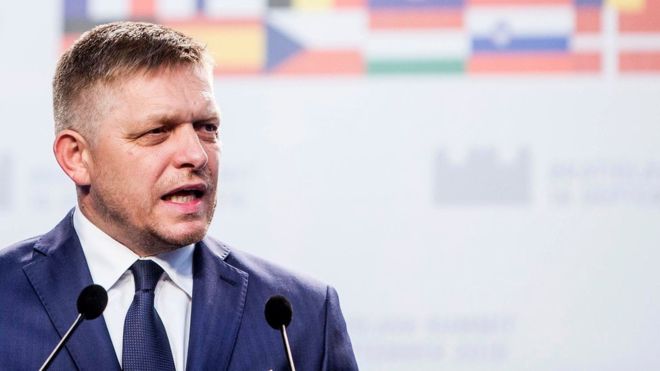 In an interview with the Reuters news agency, Mr Fico said Hungary, Poland, the Czech Republic and Slovakia would be uncompromising in negotiations.

His comments come a…