Students at the University of Texas have gathered on the first day of semester classes to protest against a new law allowing people to carry handguns into campus buildings, which came into effect on August 1. 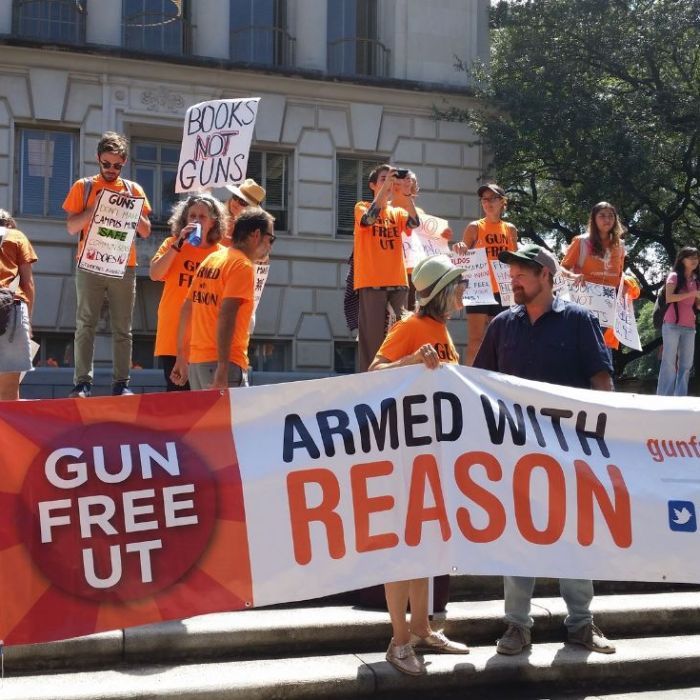 The “campus carry” law allows people 21 years old and over with a concealed handgun licence to carry handguns in classrooms and buildings at the university.

The organisation behind the protest encouraged students to wear sex toys around the university because, while it is now legal to carry concealed firearms on campus, university rules do not permit the…