PARIS — The debate is now so heated in France that one could be forgiven for assuming that the burkini — the full-body bathing suit worn by some Muslim women — had invaded French beaches. 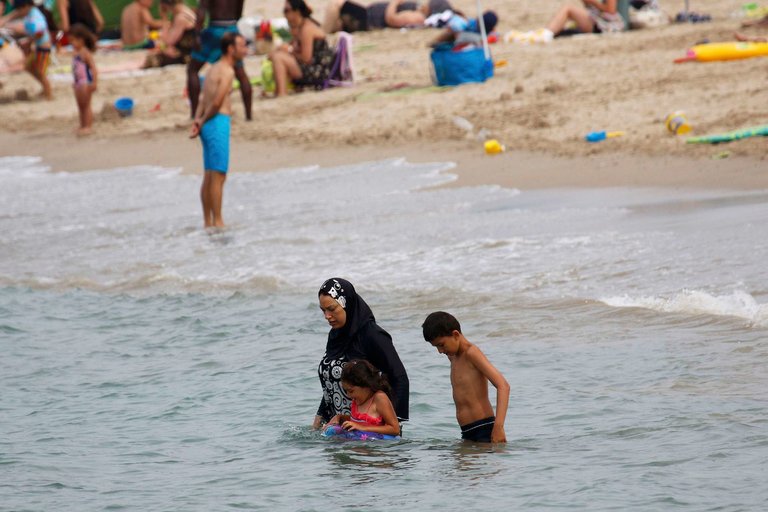 Five towns have banned them. Three more are in the process of doing so.

Prime Minister Manuel Valls supported the prohibitions on Wednesday, calling the garment part of “the enslavement of women.”…

Source: Fighting for the ‘Soul of France,’ More Towns Ban a Bathing Suit: The Burkini – The New York Times