Refugees are often considered an economic burden for the countries that take them in, but a new study conducted by UC Davis with the United Nations World Food Program indicates that refugees receiving aid—especially in the form of cash—can can give their host country’s economy a substantial boost. 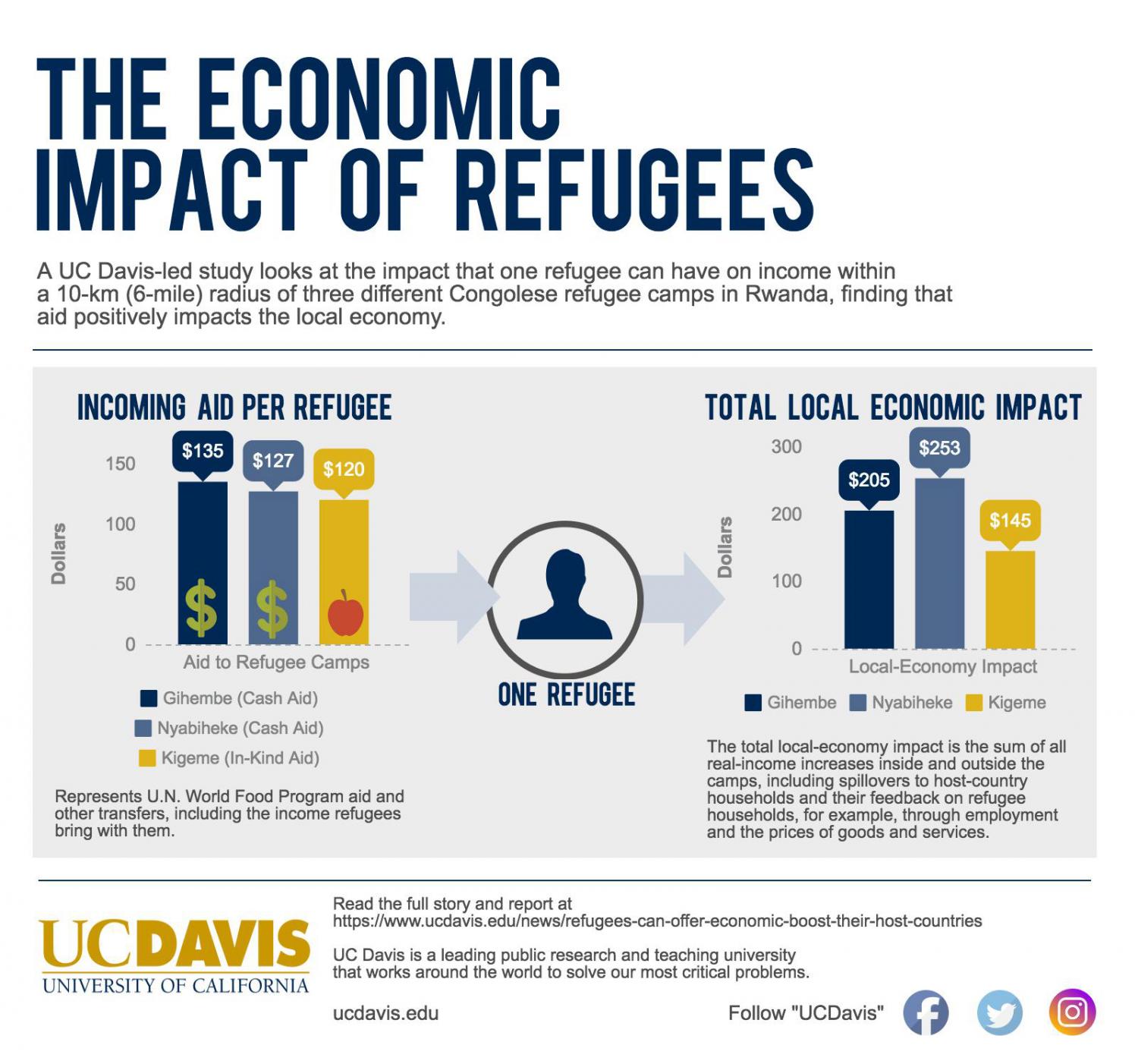 The researchers found that these economic benefits significantly exceeded the amount of the donated aid.

The findings come as refugee numbers around the world are growing. In 2015, an estimated 15.1 million people were displaced from Syria and other locations around the world due to civil conflict or natural disaster, reaching a 20-year high, according to the United Nations High Commission for Refugees…

Source: Refugees can offer economic boost to their host countries