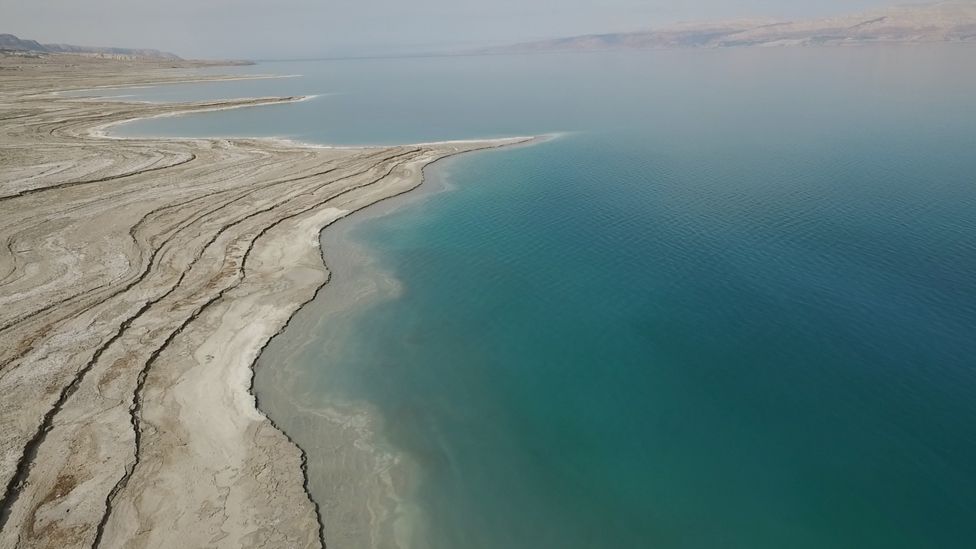 The Dead Sea, the salty lake located at the lowest point on Earth, is gradually shrinking under the heat of the Middle Eastern sun.

For those who live on its shores it’s a slow-motion crisis – but finding extra water to sustain the sea will be a huge challenge.

If there’s one thing everyone knows about the Dead Sea it is that you can’t sink in it.

It is eight or nine times saltier than the oceans of the world – so dense and mineral rich that it doesn’t even feel like normal water, more like olive oil mixed with sand…