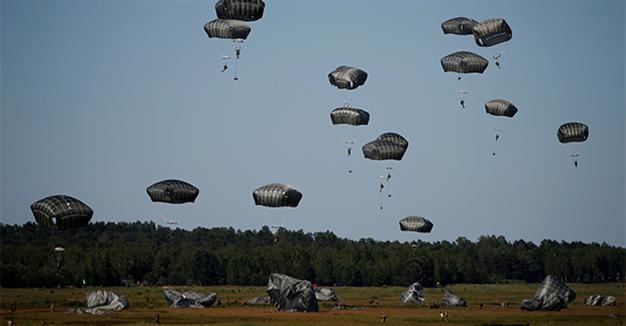 About 2,000 NATO troops conducted an airborne training operation on June 7 as part of the biggest exercise performed in Poland since the 1989 end of communism and amid concerns over Russia..

Scores of U.S. troops and then military vehicles parachuted into a spacious, grassy training area on the outskirts of the central city of Torun.

The force’s mission was to secure a bridge on the Vistula River as part of the Polish-led Anakonda-16 exercise that involves about 31,000 troops and runs through mid-June…