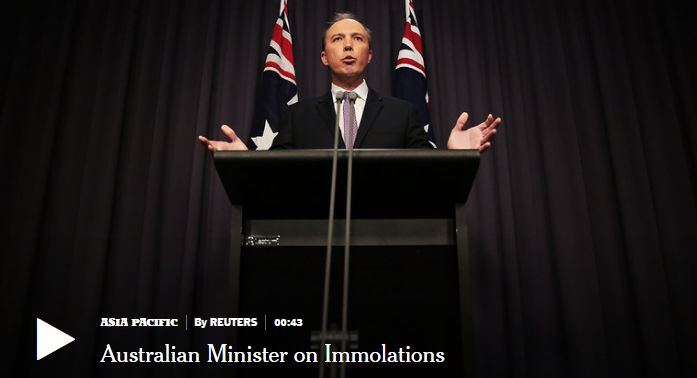 The minister, Peter Dutton, spoke a day after a 21-year-old Somali woman set fire to herself on the Pacific island nation of Nauru, where hundreds of..