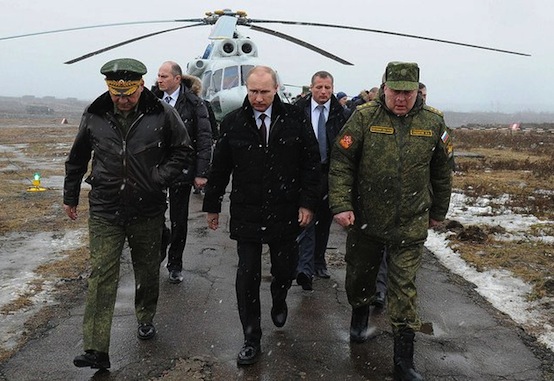 Friday, a Russian SU-27 did a barrel roll over a U.S. RC-135 over the Baltic, the second time in two weeks. Also in April, the U.S. destroyer Donald Cook, off Russia’s Baltic enclave of Kaliningrad, was twice buzzed by Russian planes.

Vladimir Putin’s message: Keep your spy planes and ships a respectable distance away from us.

Apparently, we have not received it…

Source: Who Started the Second Cold War? | The American Conservative