Between 750 BC and 400 BC, the Ancient Greeks composed songs meant to be accompanied by the lyre, reed-pipes, and various percussion instruments.

More than 2,000 years later, modern scholars have finally figured out how to reconstruct and perform these songs with (it’s claimed) 100% accuracy.

Writing on the BBC web site 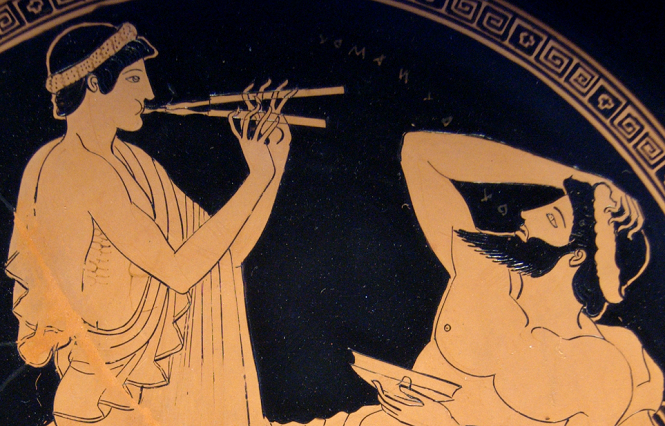 , Armand D’Angour,  a musician and tutor in classics at Oxford University, notes:

[Ancient Greek] instruments are known from…